In the crazy humdrum of online job search and application, its easy to mistake the idea of a resume as a 21st century concept invented well after the word processor and the Internet. But as you finesse your resume for your next application, remember that the idea of a curriculum vitae has long tested many notable people before you.

Like Leonardo Da Vinci. The artist, not the ninja turtle (Ninja turtle’s probably write resumes too, but you’d never see them). Sometime in the 1480’s, Da Vinci applied for a job in the court of the then ruler of Milan. He wrote an application letter detailing his many skills including bridge design, defensive moat design, cannon engineering, secret tunnel architecture. And as if art were a mere hobby of his, at the end he writes: 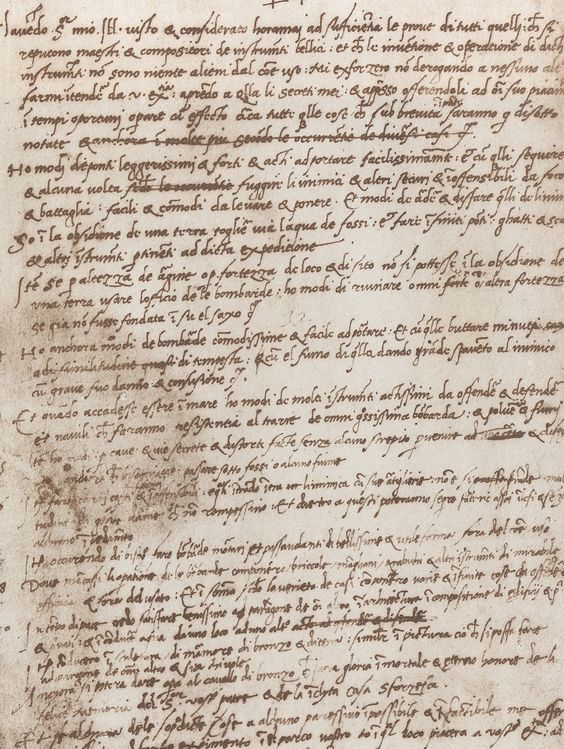 In time of peace I believe I can give as complete satisfaction as any other in the field of architecture, and the construction of both public and private buildings, and in conducting water from one place to another

Also I can execute sculpture in marble, bronze and clay. Likewise in painting, I can do everything possible as well as any other, whosoever he may be.

He does however end the letter with some humility:

And if any of the above-named things seem to anyone to be impossible or not feasible, I am most ready to make the experiment in your park, or in whatever place may please your Excellency — to whom I comment myself with the utmost humility, etc.

Now, we would never recommend adding guarantees as bold as all that for the risk of being presumptuous unless you are absolutely sure your work will last 600 years, but perhaps the message of boldness should not be lost as we articulate our strengths when we recruit for new jobs. Now go forth and make a resume as awesome as all that. And if you need help with your resume:

Shout out to Kottke.org where we first read about it, and letters of note which has the entire translation of the letter

Does The Font On Your Resume Matter?
7 Rules for Writing a Killer Resume
Beat the Bots - Part I
Applying for jobs? Read this first